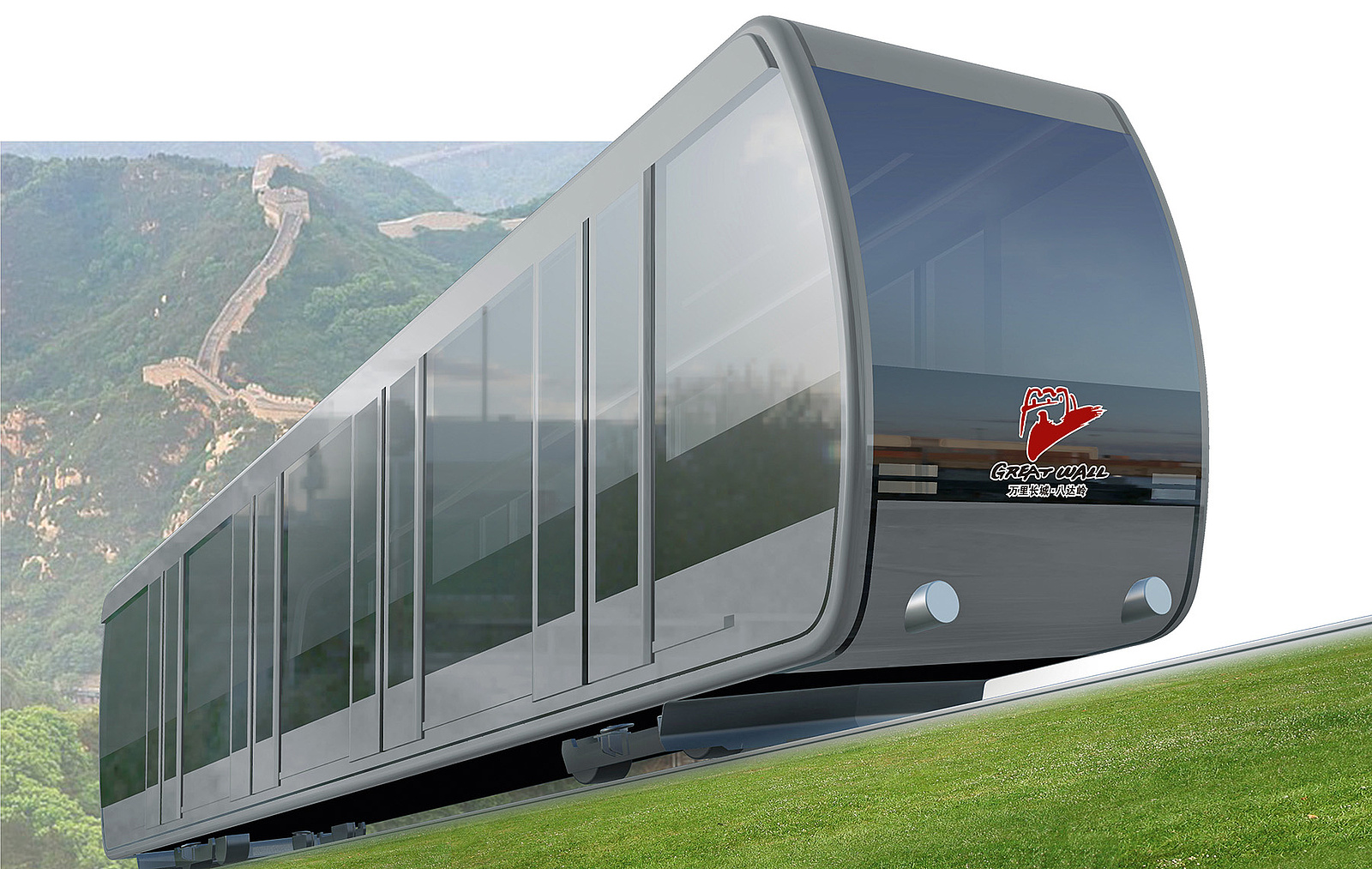 As the first and last letters of the Greek alphabet, Alpha and Omega symbolize the beginning and the end, i.e. completeness, and the Swiss ropeway cabin engineering company CWA has again demonstrated that it has a complete carrier offering for the international ropeway market. Last year the company produced no fewer than 2,000 carriers.

In addition to CWA's OMEGA IV gondolas, for which demand remains as buoyant as ever, and the company's reversible ropeway cabins – like the two KRONOS cabins (for 45 passengers each) for the Loen-Hoven jigback in Norway – a remarkable number of funicular cars also left CWA's Olten plant in 2016. Rico Wehrli, Senior Manager Marketing & Sales, explains: "Last year and at the beginning of 2017, we supplied our cars to a total of eight funiculars in six different countries."
Badaling, China
Badaling, which lies northwest of the Chinese capital Beijing in Yanqing District, is the site of the most visited section of the Great Wall of China. As the 8-seater gondola ropeway (CWA OMEGA IV) that went into service there in 2014 was built by the Doppelmayr/Garaventa Group, they were also awarded the contract for the funicular, which is used by visitors to the Great Wall of China. The two cars (for 120 + 1 persons each) were supplied by CWA in a design and livery to match the cabins of the existing gondola ropeway. The cars, which were shipped from the plant in Olten at the beginning of 2017, have glazed roofs with ventilation hatches and are divided into compartments for both seated and standing passengers, with panoramic seating in the bottom compartment. In view of the low winter temperatures in the region, the cars have on-board heating.
Lugano Stazione, ­Switzerland
The Lugano Stazione Funicular, which links Piazza Cioccaro in the Old Town of the Swiss city of Lugano with the railway station and carries more than 2 million passengers a year, has been refurbished by the Doppelmayr/Garaventa Group. The two new 100-passenger cars were supplied by CWA in a design and livery that matches that of the other vehicles operated by TPL (Trasporti Pubblici Luganesi SA), Lugano's municipal public transport company. The folding wooden seats in the passenger compartments are one of the pleasant features of the cars. The funicular, which has a rated transport capacity of 2,242 pph, is scheduled to operate 365 days a year.
Edmonton, Canada
In Edmonton, capital of the Canadian province of Alberta, a funicular is being built to link a new suburb with a recreational area in the North Saskatchewan river valley. CWA has built a 30-passenger car with all-round glazing for Garaventa/Doppelmayr Canada. "We have worked in very close collaboration with the architects on all aspects of the interior and exterior design. Everything was discussed down to the very last details and then implemented accordingly. The car ceiling, for example, is made of real wood and has integrated lighting," says Wehrli. The car has already been shipped, and the funicular is expected to go into service this year.
Fansipan Peak, Vietnam
The Fansipan is about 10 km from Sa Pa Township in Lào Cai Province of the Northwest region of Vietnam. With an altitude of 3,143 meters, it is Vietnam's highest mountain. At the beginning of 2016, the spectacular Fansipan Legend 3S gondola ropeway built by the Doppelmayr/Garaventa Group, with the top station on a plateau near the summit of Fansipan, went into service with 33 ZETA gondolas supplied by CWA. This year another installation – a funicular with one car for 60 + 1 persons – will be built as a link between the plateau and the summit. Christoph Grob, Marketing and Sales Manager at CWA, explains: "At the request of the Sun Group, the car was modeled on the Polybahn in Zurich, with a nostalgic touch both inside and out: wooden seats, wooden floors, brass grab rails, etc." For 2017, an order was also placed for construction of the Sa Pa Funicular (two cars for 200 passengers each) as a feeder installation from Sa Pa to the bottom station of the Fansipan Legend 3S cable car.
A funicular with CWA cars is also due to be built in 2017 to serve Ba Na Castle in the city of Da Nang.
Stoosbahn, Switzerland
The Doppelmayr/Garaventa Group is also supplying the replacement for the Stoos Funicular operated by Stoosbahnen AG, which provides a year-round passenger and freight transportation service to the car-free mountain village and ski area of Stoos at 1,305 m above sea-level. The project involves a special challenge in the form of a very steep slope with a gradient of 110 %. That makes the new installation one of the world's steepest funiculars, and Garaventa has created an innovative solution to deal with the changes in gradient: The two CWA cars each have four cylindrical passenger compartments for 25 persons each and a platform for freight (max. 3,000 kg), which all pivot on the horizontal axis so that the floor remains horizontal even when there is a change in gradient. The freight compartment was a key requirement of the project, as the funicular carries an annual total of up to 7,000 tons of freight to Stoos. The new funicular is due to go into service at the end of 2017.
This year, a funicular is also due to be commissioned in Luxembourg on a line connecting the new Gare Pont Rouge railway station with the busy commercial district of Place de l’Europe. The four CWA cars for 168 passengers each were delivered in March of this year.
USA
In the USA, CWA delivered OMEGA IV gondolas in 2016 to installations in Jackson Hole, Sweetwater and Oakland Zoo.
For the Sandia Peak Aerial Tramway in Albuquerque, CWA has now supplied the third generation of cabins – a convincing expression of trust on the part of the customer. And for 2017, the CWA order books include OMEGA IV gondolas for the Upper Eglise ropeway in Big Sky and two cars for the Kahului Airport Tram in Maui, Hawaii.
Claudia Mantona 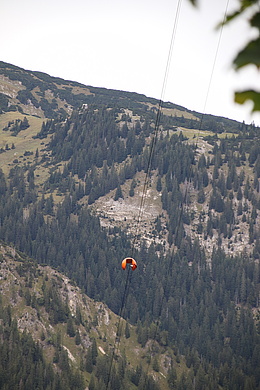 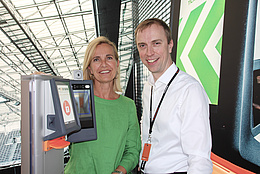 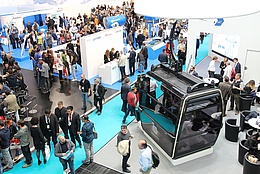 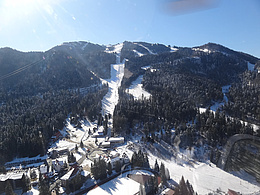 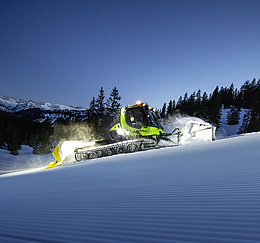