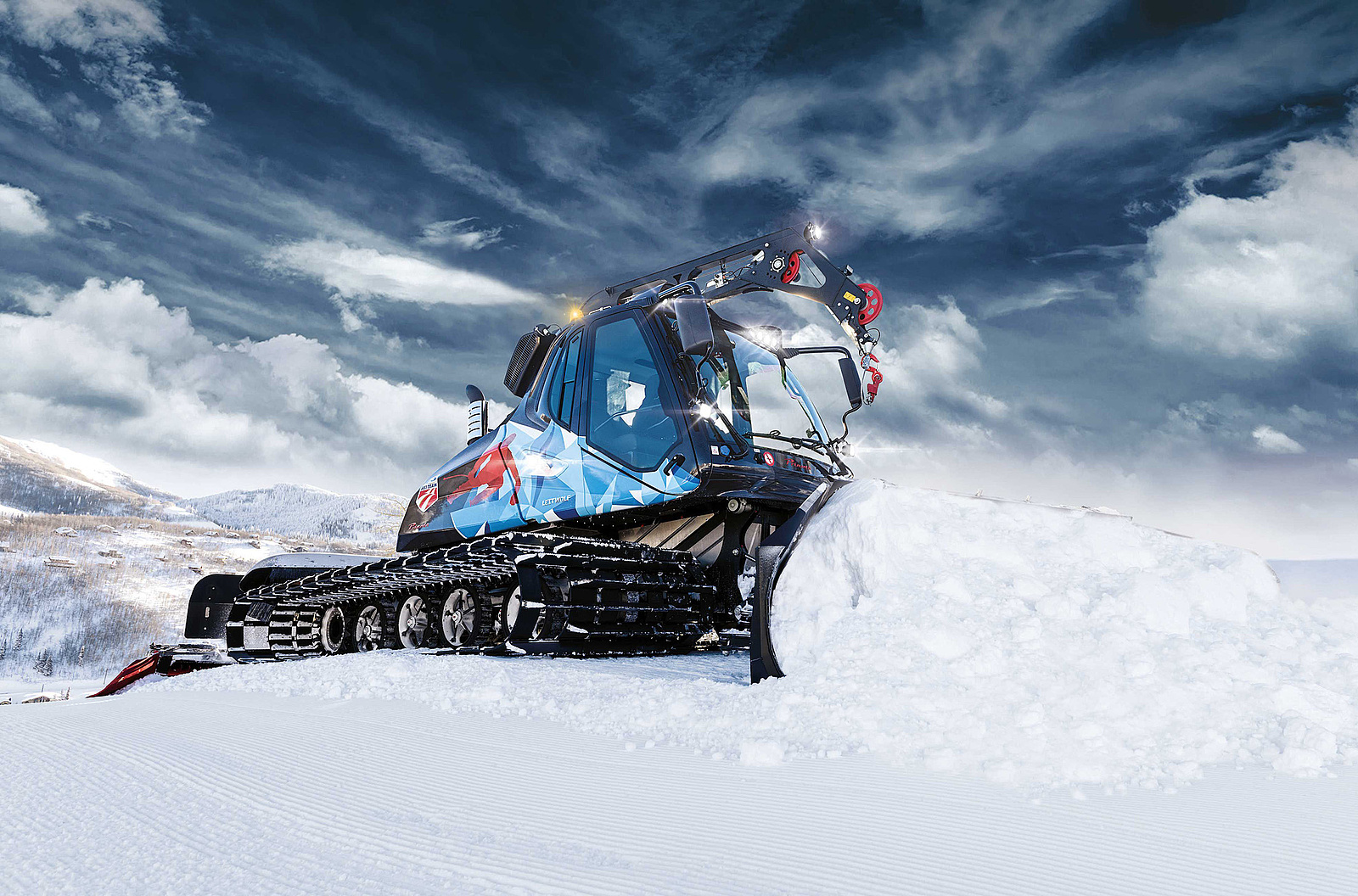 Prinoth was an official partner of the World Cup finals in Aspen. The grand finale of the Alpine Skiing World Cup took place this year in Aspen (USA). Athletes gave all they had from March 15-19, 2017 in their quest to claim the coveted crystal globes. As an official partner, Prinoth also gave everything they had with their fleet of snow groomers. In cooperation with Aspen Snowmass, the US Ski Team and FIS, Prinoth was responsible for the preparation and maintenance of the slopes during the big event.
The entire Prinoth fleet involved
For the first time in twenty years, the Skiing World Cup finals took place outside of Europe. As a result, organizers pulled out all the stops to make certain that the event went off without a hitch. Naturally, it was essential to ensure that athletes were able to compete under optimal snow and slope conditions. With Prinoth as an official partner, the event profited from specialist expertise, a high-tech fleet of vehicles and an experienced hand when it comes to preparing slopes for major sporting events. The entire Prinoth fleet of snow-groomers was on hand in Aspen.
The cleanest and most efficient World Cup
finals
Leitwolf, Bison, Bison X and Husky with transportation cabin were on site to fulfill the Prinoth promise of high performance: clean and efficient slope preparation in every terrain. The Leitwolf with automatic winch, which was decorated in the colors of the US Ski Team, turned heads with more than just its appearance.
A competent partner for big events
Seamless operation and consistently high-quality results – those are the qualities that event organizers and ski resorts appreciate in a partner. The optimization of resources is the essential ingredient of ensuring optimal slope conditions on a daily basis.
Snowlicious rocks!
Aspen was the center of silver mining in the USA in the 19th century. The best skiers in the world also looked for and found precious metals at the finale. During the event, spectators and athletes celebrated great achievements both on and off the slopes. A highlight of the party zone was the Snowlicious food truck featuring exceptional culinary creations conceived by star chef Andrea Campi. The food was served from a remodeled Prinoth snow groomer with a professional kitchen. Simply delicious!