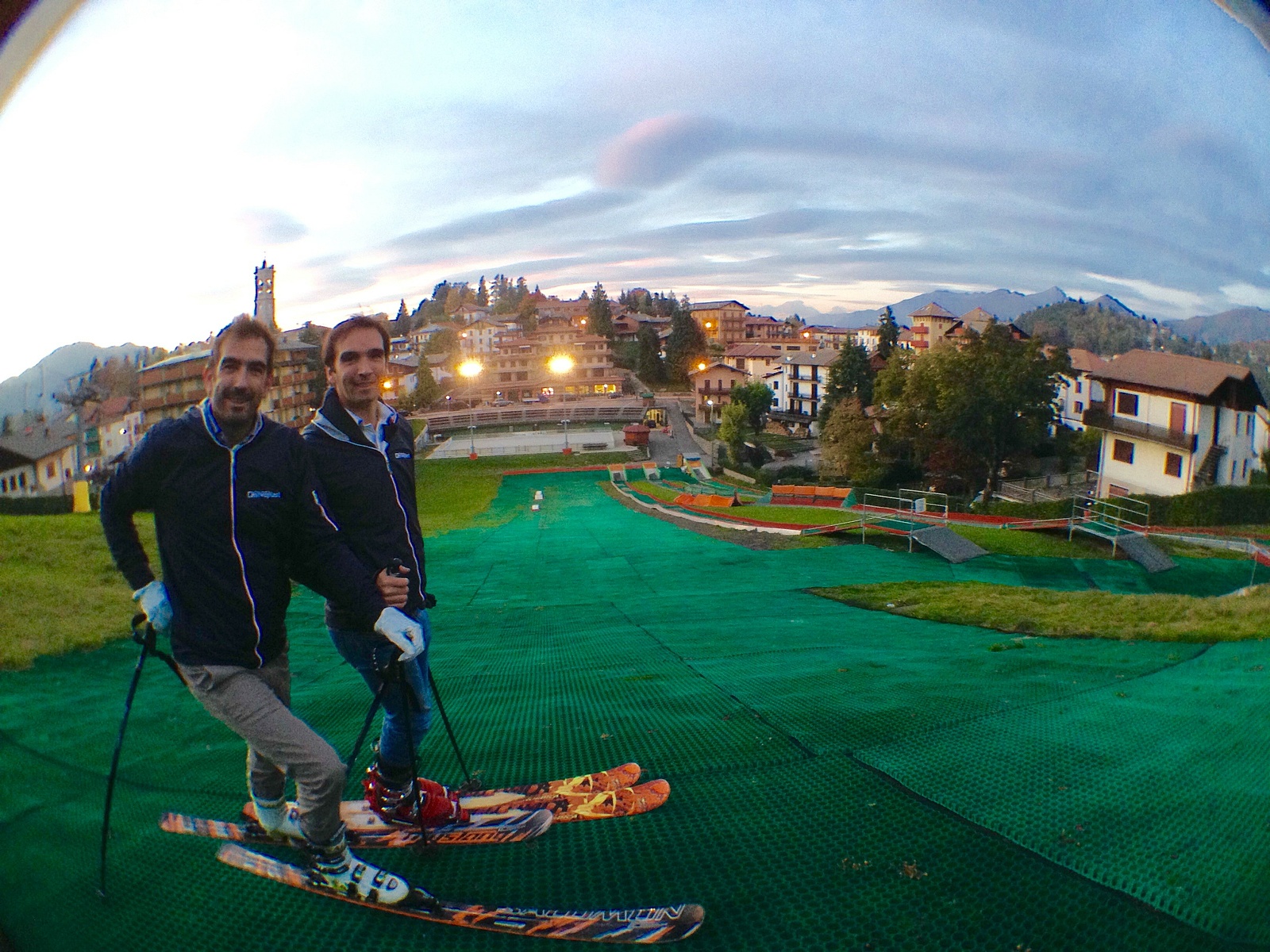 A dream that the brothers Edoardo (left) and Niccolo Bertocchi have pursued for seven years has now come true. (Photo: Neveplast)
05/21/2019

NEVEPLAST for skiing in Copenhagen

Amager Bakke – renamed Copenhill because it aspires to represent a green hill in the heart of the Danish capital Copenhagen – is a waste-to-energy plant that supplies electrical power to households thanks to a sophisticated waste incineration system. Copenhill is an outstanding project in that it combines functionality and ecology, a utility and recreation in one structure.

A beautiful waste-to-energy plant – a stroke of design genius by Biarke Ingels Group (BIG) – has been built in the very heart of Copenhagen with a  mountain activity center on the roof.

What makes it so special is the idea of transforming a power plant into a leisure facility for the local community. Copenhill has trekking paths, a park, an 85 meter high climbing wall and, more importantly, a ski slope with a total area of around 10,000 square meters and a length of 400 meters that starts on the roof at a height of 90 meters and runs all the way down to the base.

Hats off to the Danish for demonstrating once again how to harness modern technology to the cause of sustainability! But there is also bit of Italy – or Bergamo, to be precise – in the Copenhill project: The Amager Bakke ski slope has been supplied by Neveplast. A dream that the brothers Edoardo and Niccolo Bertocchi have pursued for seven whole years has now come true!

The contract was awarded on the basis of a restricted European tender process involving all the major manufacturers of ski slopes worldwide. The goal of the Copenhill developers was to find the product that is as similar as possible to real snow and has specific green properties in addition to offering high levels of quality, aesthetics and safety. The product was also required to have the flexibility to satisfy both beginners and expert skiers.

During the long and detailed assessment process, the Amager Bakke Foundation hired a group of elite Danish skiers to test all the products available in the market. In the final result, Neveplast emerged as the clear number one and the contract was signed in June 2017.

For the Copenhill project, Neveplast developed a dedicated product for the ski slope that combines five different shades of green. The thinking on the part of the Danish customer, with their eco-friendly orientation, was to have an artificial ski slope that resembles a natural park as closely as possible – a challenge that the Italian company, with its focus on environmental solutions, accepted with great enthusiasm. The result is a dry ski slope supplied by Neveplast that permits skiing all year around using normal equipment.

As far as lifts are concerned, one intermediate slope and a kids' slope are each served by a  conveyor lift, while the black slope is served by what is the first brand-new ski lift to be installed in Denmark (compared with the second-hand lifts previously purchased by Denmark's few ski resorts).

Many of the solutions chosen for Copenhill have not been tried before for the simple reason that there is nothing like it anywhere in the world. Fearless skiers and snowboarders, for example, can use an elevator to ride up to the roof that is located inside the building and offers views of the workings of the plant.

Although Denmark does not have mountains, and the highest hill is only 170 meters high, there is a culture of skiing and winter sport in the country, which presents opportunities that should not be missed.

In February 2019 the two ski slopes for less expert skiers were opened to the public for two days in a kind a test operation, and that delivered positive feedback to the Amager Bakke Resource Foundation and Neveplast. The skiers who tried out the Copenhill are now keen to repeat the experience on the whole facility. That will be opened to the public as soon as the last government approvals are received and the last few jobs on the higher part of the Roof Park are completed. The weather will be the critical factor for the spring opening, but considering the excitement of the last few months it is a good bet that they will make it! The official opening ceremony – and the date is still top secret – will be attended by the Neveplast team, who are keen to represent Italy as a country that so often leads the way.